We all know that tactical patches (some call them morale patches) offer an individual the chance to express his or herself in situations that don't readily allow for the same. Take being deployed for instance.  Backwoods Barnaby supplies thousands of soldiers over seas with velcro tactical patches that are worn in some of the most god-forsaken habitats on the planet. And guess what? Soldiers that wear our stuff don't compromise their safety for individuality when they buy patches that blend into their uniform and their surroundings.  This is very important because without flag patches in olive drab green or desert coyote brown, lots of soldiers wouldn't otherwise be wearing some of the plethora of patches we, or any other company offers.

When it comes to finding the proper pattern for your next mission, or your next non-military excursion, consider the below. 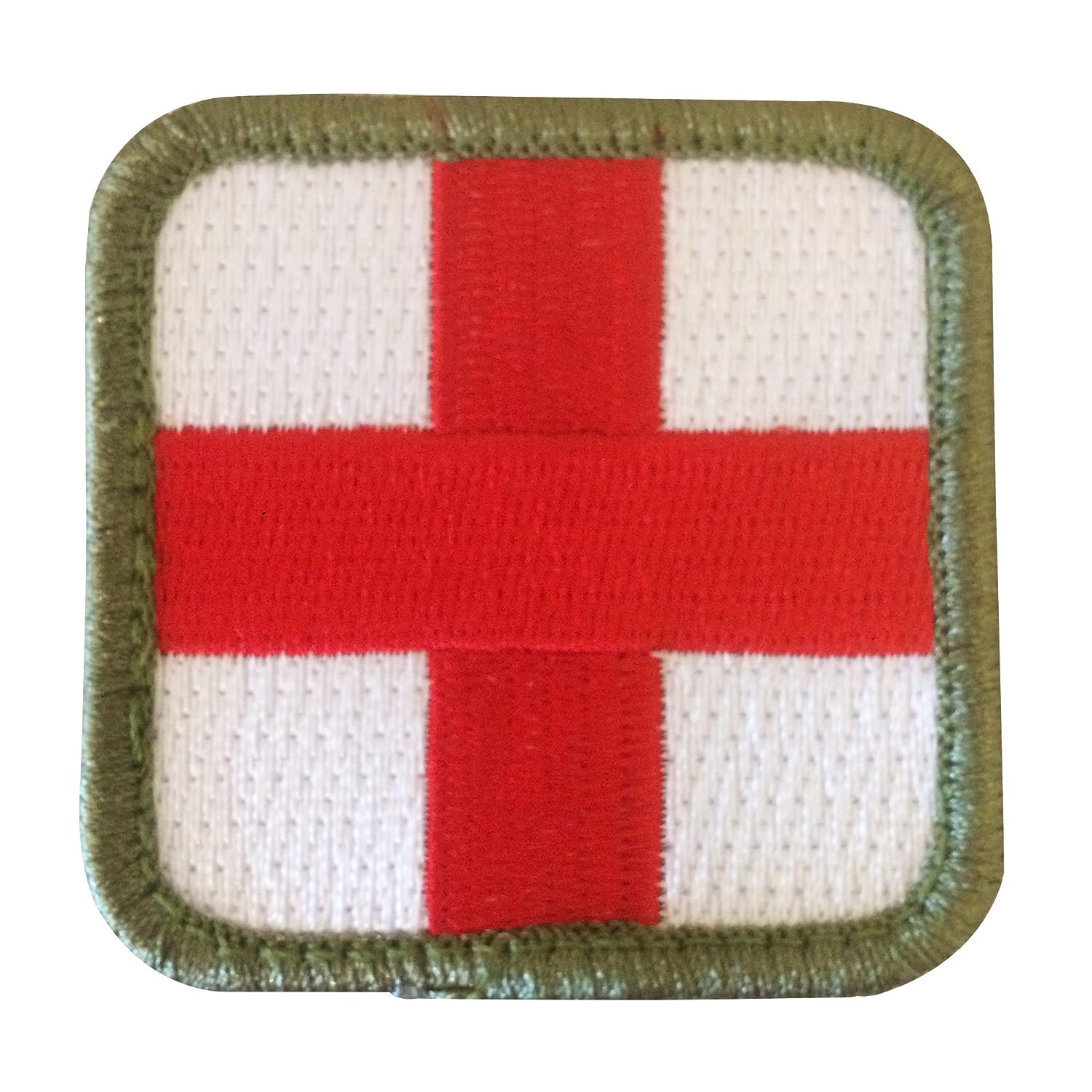 When I think snow camo, I think James Bond for some reason, but there are actually a fairly large number of scenarios where it makes sense to own tactical patches in Arctic White.  Currently, Backwoods Barnaby offers Arctic White in only a small number of patches, though it does plan to increase this number.   That being said, it snows in many environments, both while on duty and while hunting.  With that in mind, it makes sense to either replace what you can with white camo or cover it with colors indigenous to the area. 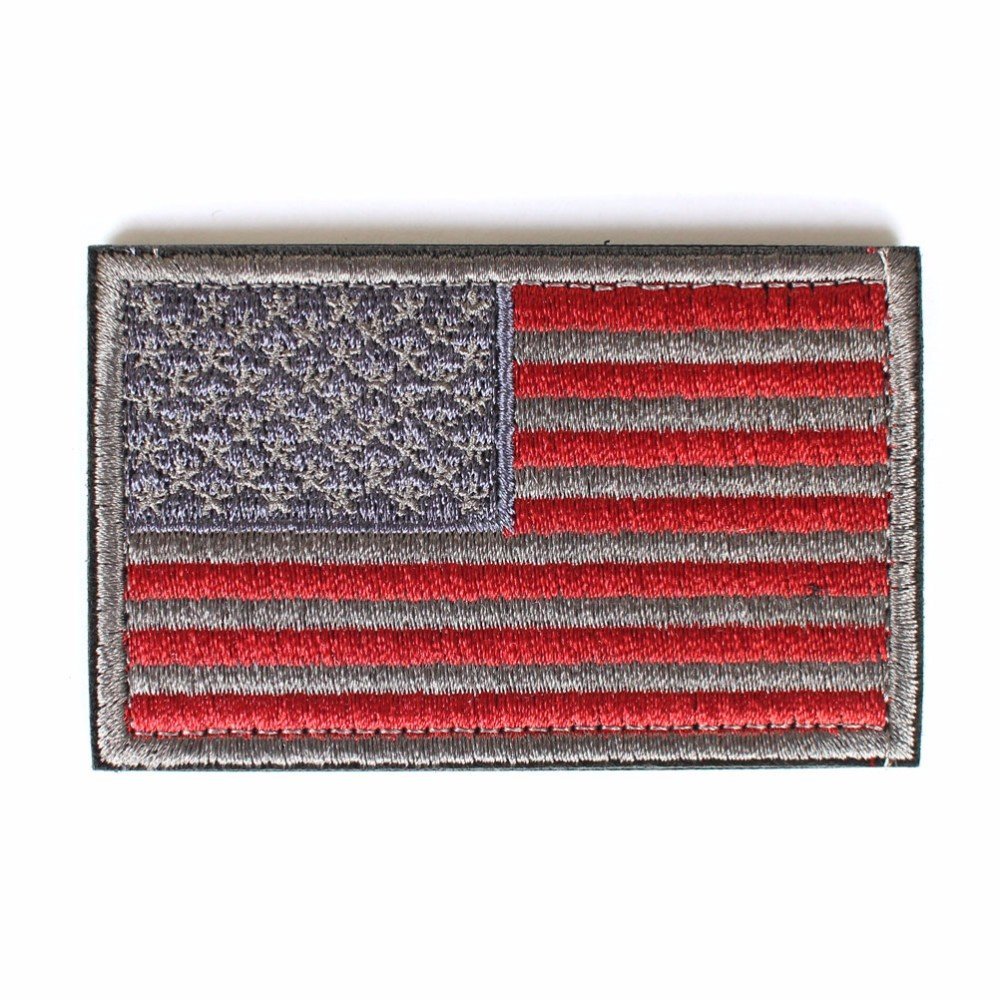 A-TACS is a very popular camoflauge pattern these days, with numerous shades of tan sampled from a variety of arid and urban environments combined with various shades of earth and small amounts of green.

Technically, there are two A-tacs camo patterns; A-TACS AU Camo and A-TACS FG (Foliage/Green) Camo.  Backwoods Barnaby's A-TACS Silver is not designed to exactly replicate either shade of A-TACS, since these are copyrighted patterns.  That being said, A-TACS Silver is an extremely versatile variation of the A-TACS AU Camo pattern and can be, and often is, used on military BDUs with that pattern. 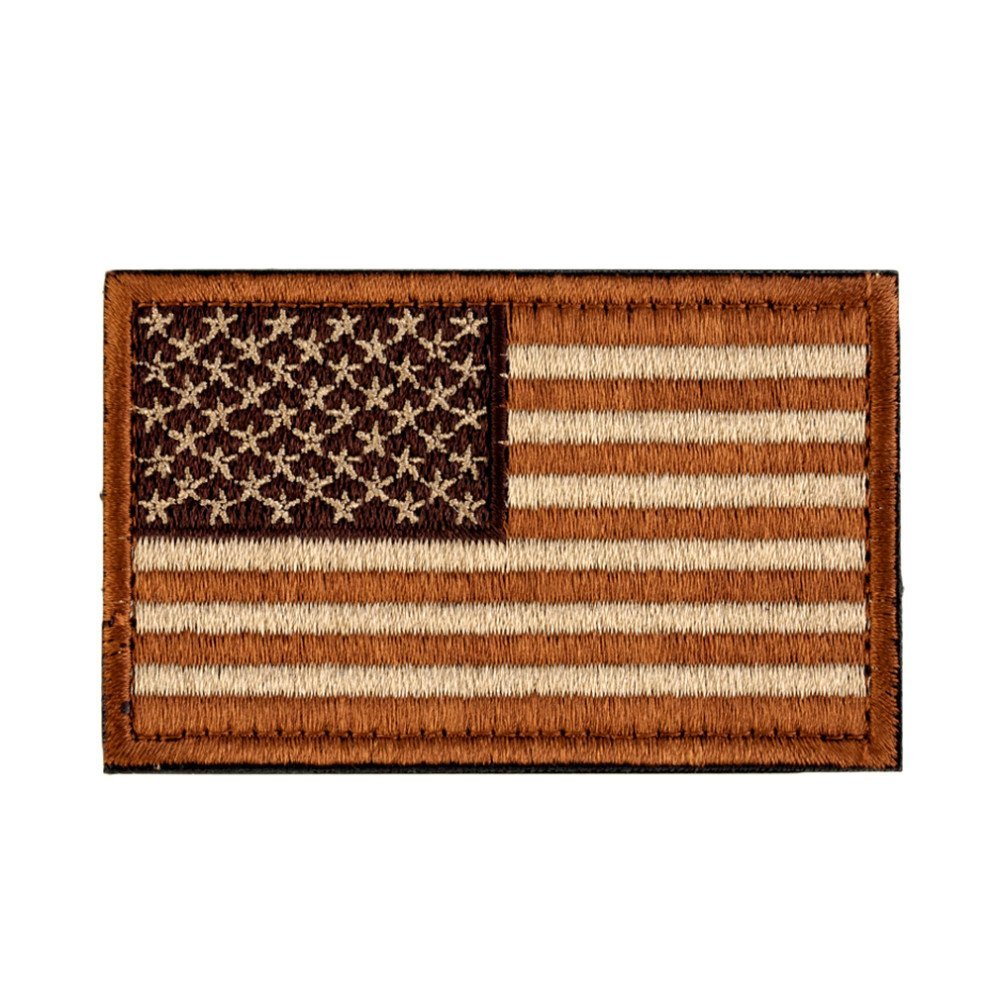 Desert Coyote Brown is Backwoods Barnaby's desert camo pattern, which more or less was modeled after the U.S. military's Desert Camouflage Pattern from 1981.  Obviously now, the U.S. military no longer uses this pattern but its application is tremendous in a variety of environments including deserts and terrains with numerous rock formations and/or a large amount of mud and dirt.  Desert Coyote Brown also looks pretty awesome against the Navy's AOR-1 camo pattern.

Best Use: Desert and muddy environments. 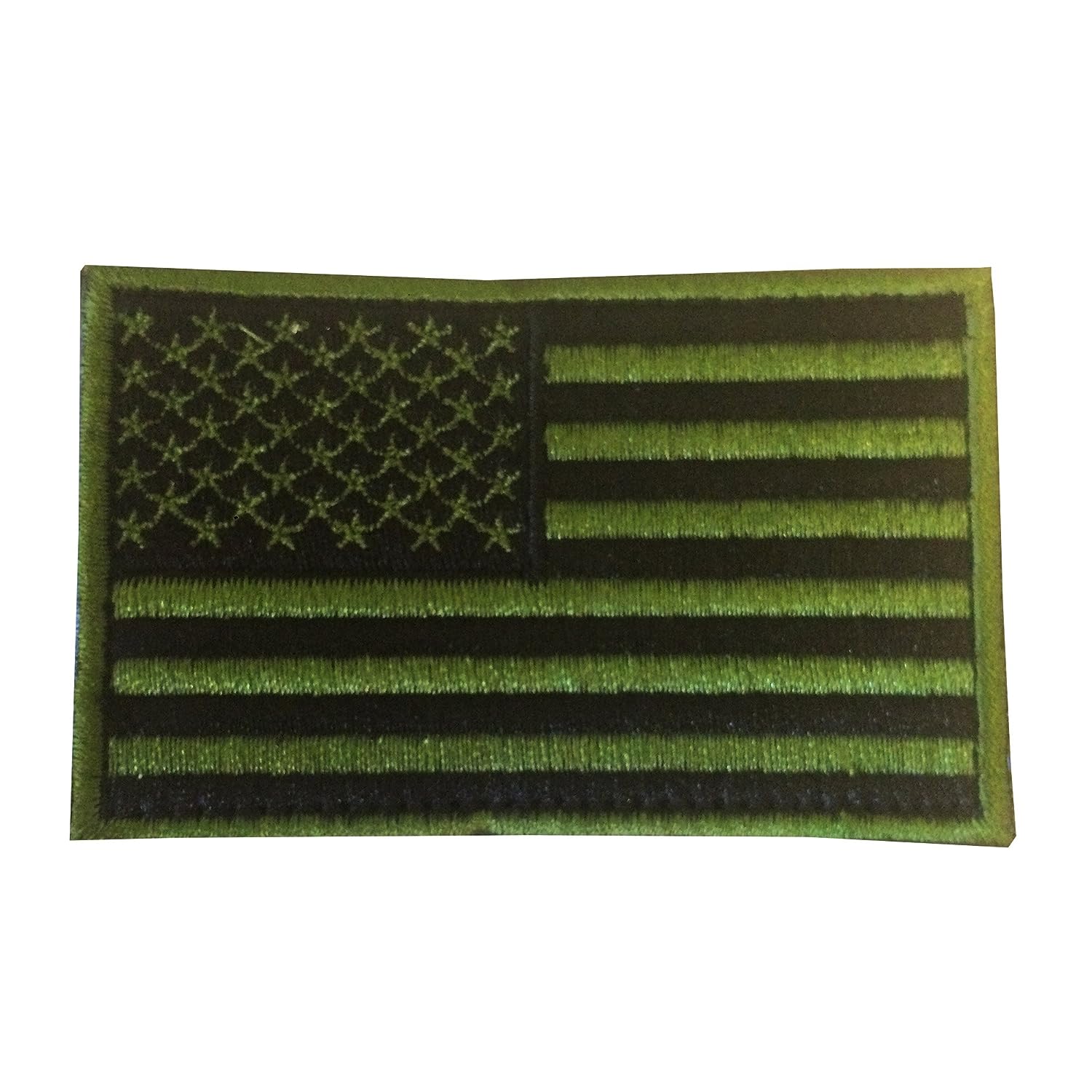 Jungle Green Foliage is inspired by whatever Vietnam war movie you want to envision. Basically, there is such thing as green and there is GREEN.  Many camo patterns and tactical patches come in a variety of greens, with very few designed from the tropics.  Although not necessarily exclusive for places with large foliage, since this pattern does really well with multicam as well, Jungle Green Foliage offers a solution for super bushy and bright terrain.

Best Use: Jungles and forests in the summer. 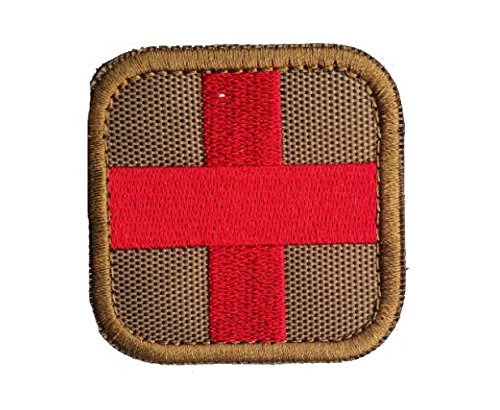 Military Tan can basically be described as Coyote Tan, but we didn't want to confuse customers by naming it Coyote Tan when Coyote Brown is a very comparable but still different camo for a different use. 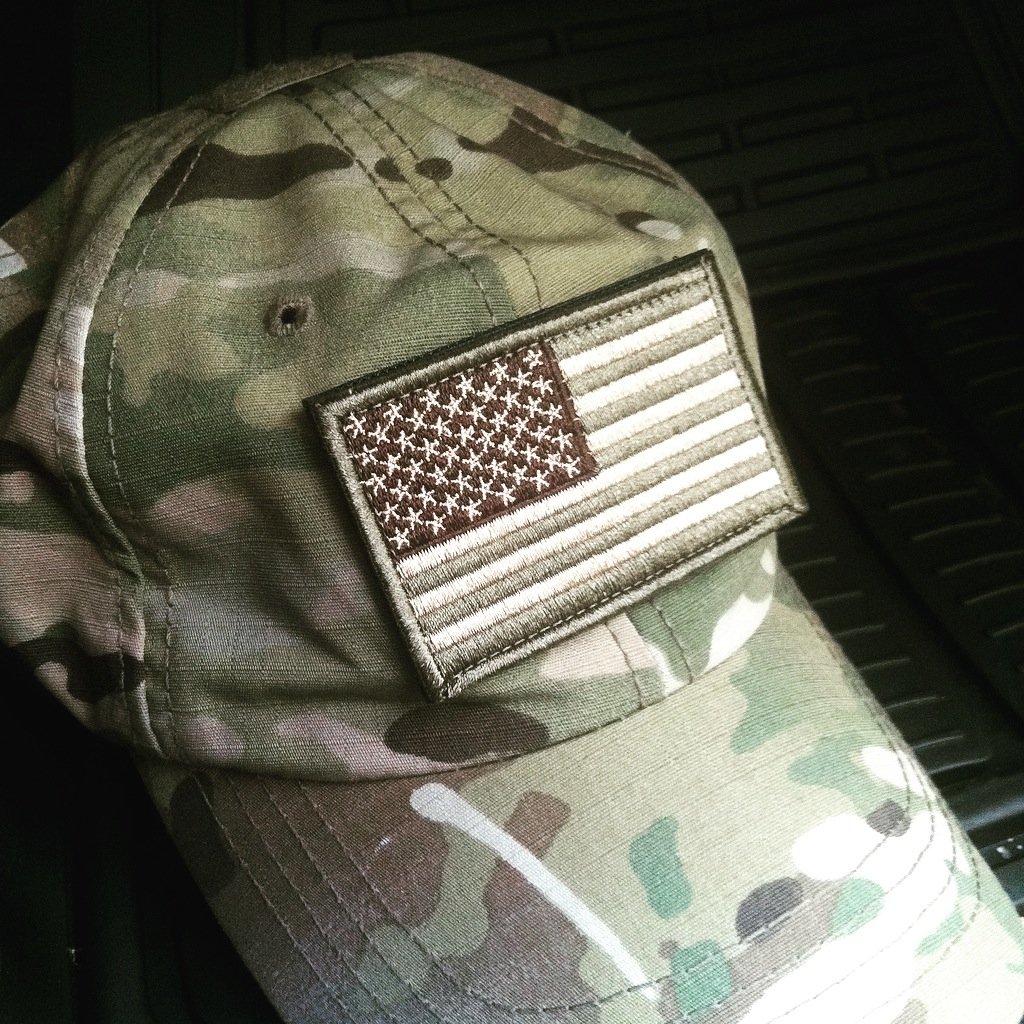 Best Use: ﻿At night.